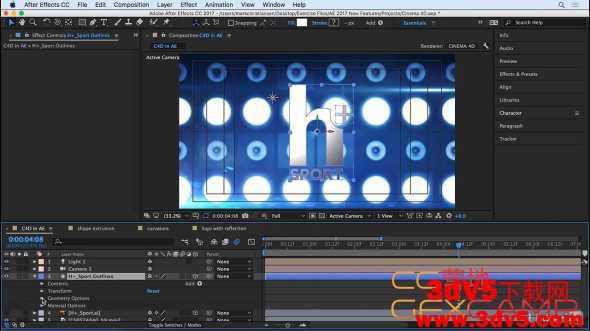 Find out what the latest update to After Effects CC has in store for VFX and motion graphic artists. This update is part of the Creative Cloud 2017 overhaul, and offers exciting new performance improvements (like instant preview) and workflow enhancements, including markers with durations, one-click Adobe Media Encoder queues, and freeze frames for final frames. Instructor Mark Christiansen also shows how to use new features to find missing fonts by syncing with Typekit, create luminance-based alpha channels using Red Giant’s Unmult plugin as an animation preset, render compositions with the built-in CINEMA 4D renderer, and collaborate more effectively than ever with After Effects team projects. The November 2016 release is just the first of many for After Effects CC 2017. Mark will update the course as soon as new features are released. Check back often for new tutorials.